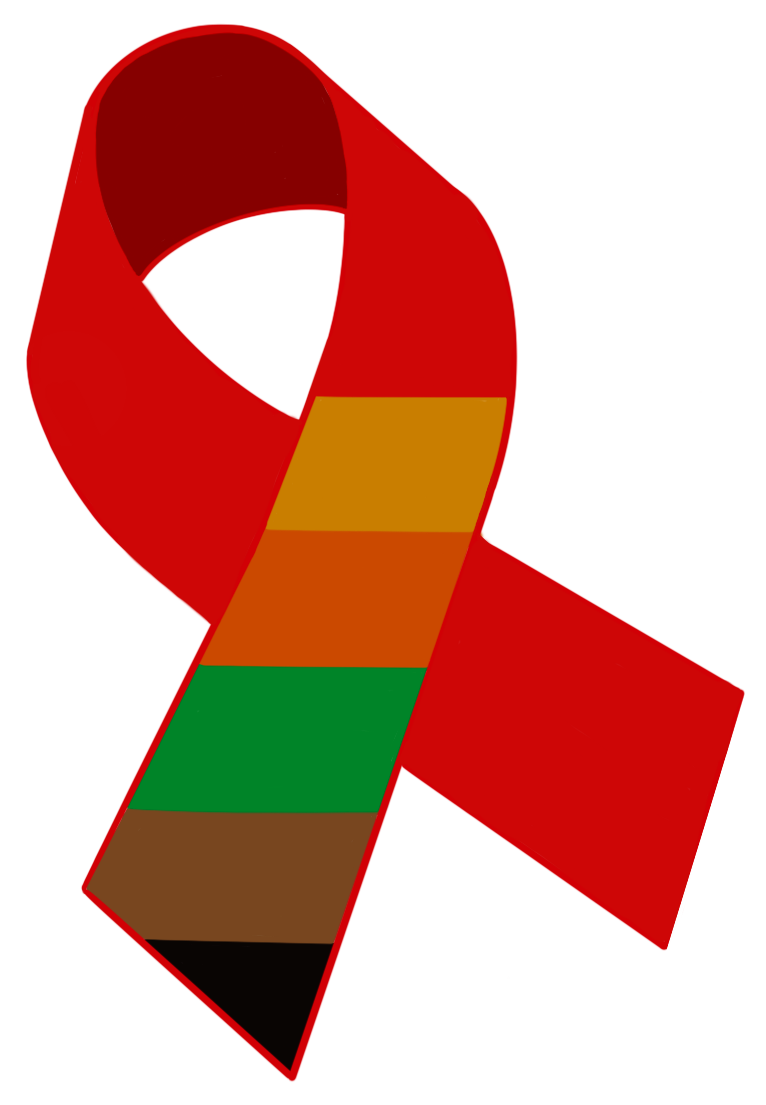 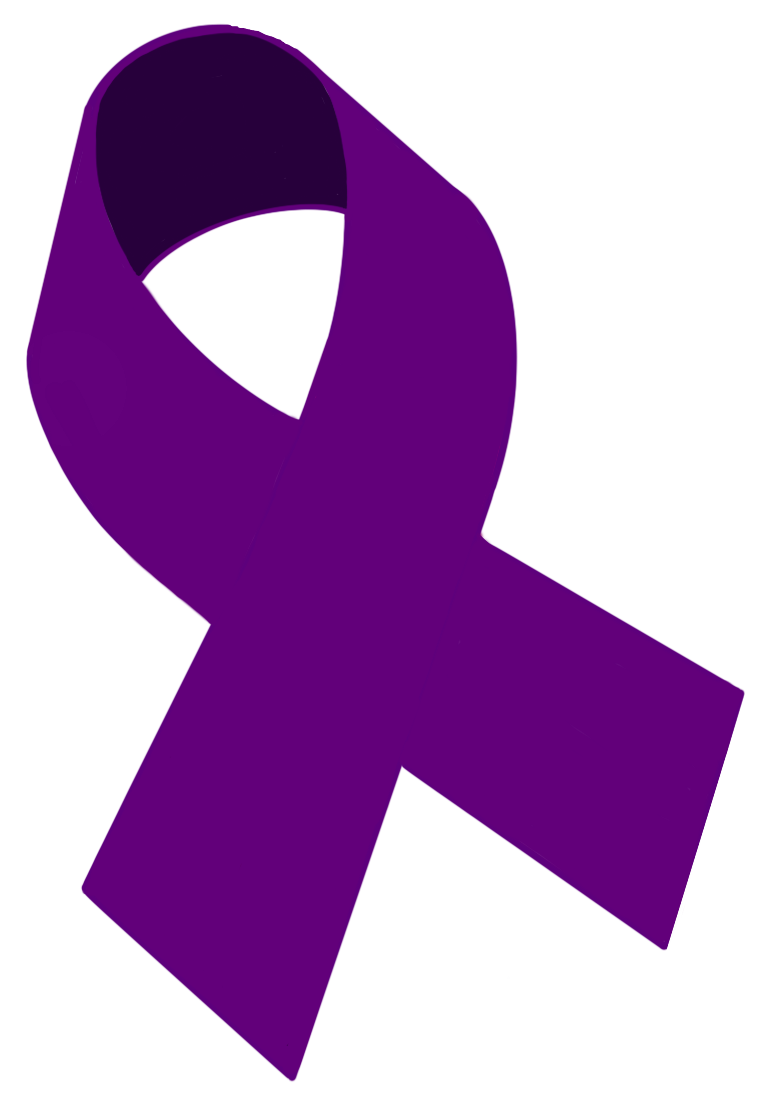 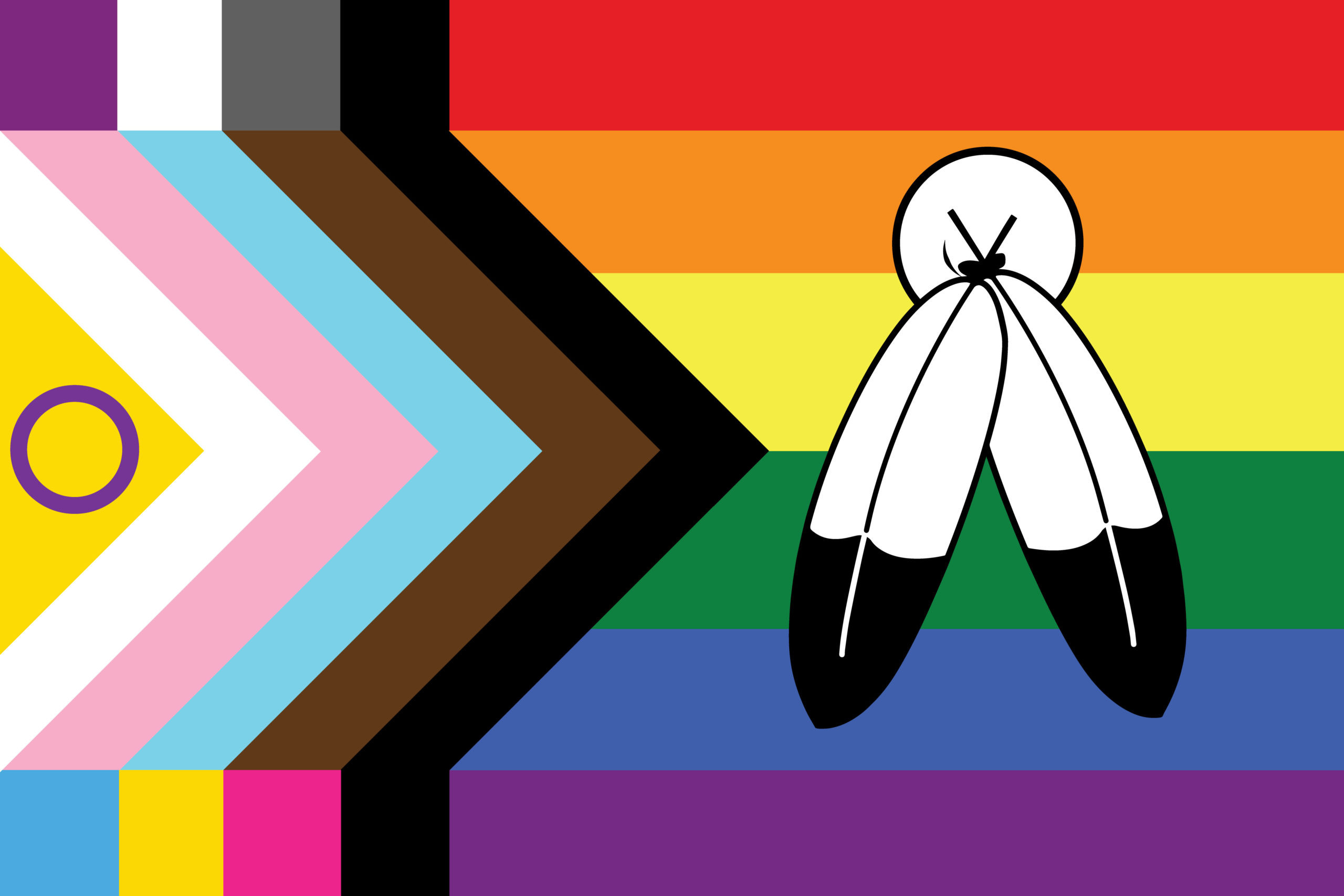 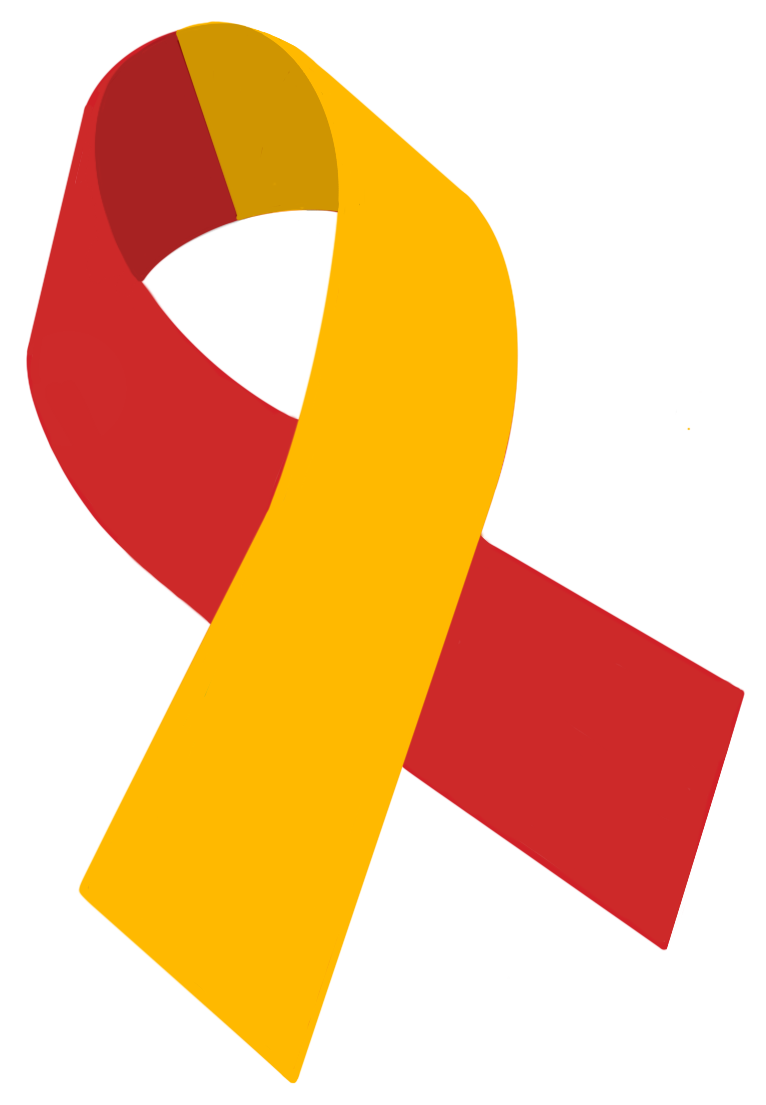 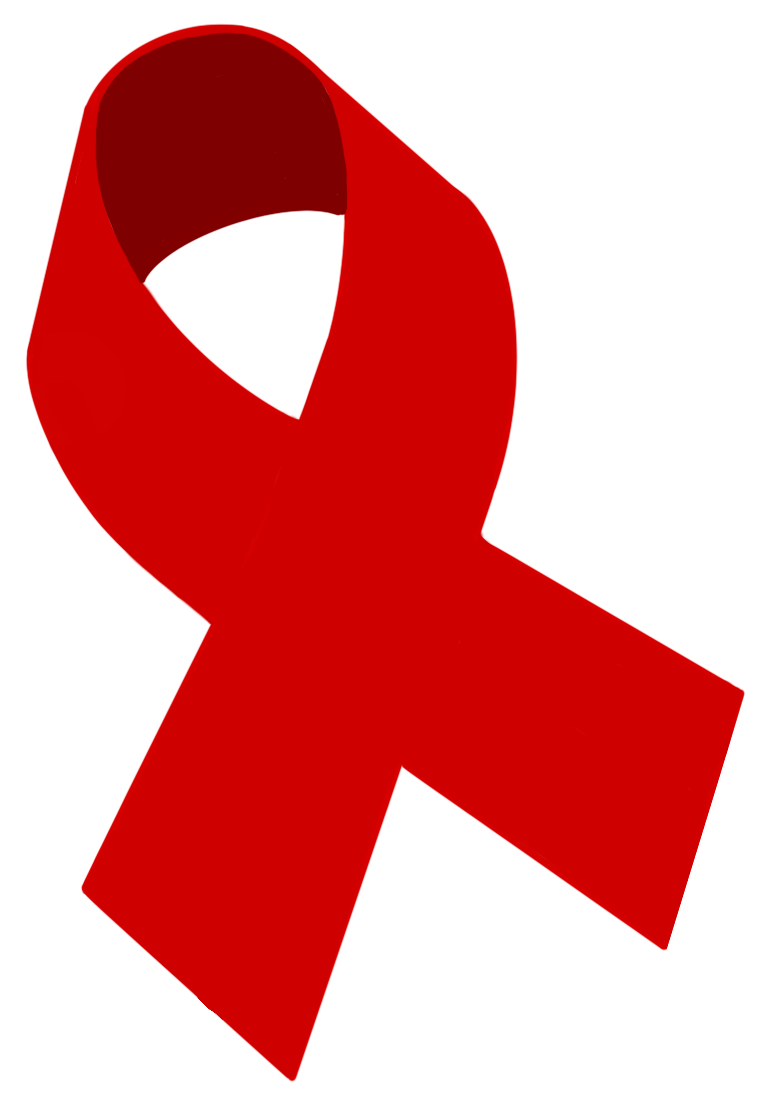 As a team working collaboratively and with passion, dedication and creativity:

We do all within our power to AFFIRM in each individual’s unique self-worth.

We provide ASSISTANCE to individuals in an atmosphere of confidentiality.

We are ACCOUNTABLE to the public, individuals we serve, and our funders and supporters for our programs and services and stewardship of funds.

The Ontario AIDS Network (OAN) formally declares anti-Black racism a public health crisis within the HIV sector. This crisis continues to impede equitable delivery of the community-based HIV response across the province and obstructs the health and wellbeing of African, Caribbean, Black Latinx, and Black (ACB) people living in Ontario. Further, the OAN declares its commitment to compel health systems officials, local and provincial government, and leaders within the province’s health units, boards and systems to take this step forward and join the OAN in formally declaring anti-Black racism a public health crisis

The OAN, through this declaration statement and our ongoing response against anti-Black racism, joins a small number of public health boards, and many Black health leaders, echoing their collective call to unapologetically confront white supremacy and address anti-Black racism within Ontario’s health care systems including the HIV care, treatment and support networks, and in workplaces within the HIV sector.

Our organization is not satisfied to stand idle in solidarity. We are intently mobilizing toward strategic and material action that will be informed by the histories and needs of African, Caribbean, Black Latinx, and Black (ACB) people in Ontario. As we move forward, the OAN is supporting our membership and sector to address the many systemic inequities that continue to impact health, wellbeing, and safety, and limit access to HIV treatment, prevention, testing and care for ACB people living with or affected by HIV.

As an organization, we are striving to meet this moment, however, the OAN itself publicly acknowledges our own role in sustaining systems and practices that perpetuate anti-Black racism and have caused the active disengagement of racialized people from HIV supports, treatment, prevention, and the Care Cascade. We urge our members to join us in reflecting on the decades of damage caused by a colonialist system; a system that has played a near-singular role in establishing and preserving the inequitable structures we now strive to deconstruct.

It is our intention to work alongside our members and partners to address and redress an oppressive health system rooted in white supremacy, and to contribute to the decolonization of the public health HIV response in Ontario. Throughout this process, we will strive to enable health equity for Black, African, Afro-Latinx, and Caribbean people including men, women, Trans and people with gender diverse lived experiences, and youth living with and affected by HIV/AIDS—all of whom have historically been marginalized by our public health and social systems.

Whereas:  The Ontario AIDS Network (OAN) stands firmly with the Black community to condemn all forms of racism;

Whereas: We recognize racism in general and anti-Black racism as a public health crisis that reveals itself in many ways, – from microaggressions, through physical violence, to systemic perpetuation of power and privilege within the HIV sector;

Whereas: These societal, structural and individual aggressions have had and continue to create enormous negative effects on the mental health and wellbeing of Black community members;

Whereas:  The OAN through this declaration statement, and our ongoing response against anti-Black racism, joins a number of public health Boards and many Black health leaders and their communities in echoing their collective call to unapologetically confront both white supremacy and white fragility, and to address anti-Black racism within Ontario’s health care system including the HIV care, treatment and support networks and in workplaces within the HIV sector,

Whereas: Réseau ACCESS Network HIV/Hepatitis Health and Social Services as stated in its Vision and Mission, is a leader in the equitable delivery of HIV/HEP C care, treatment and support, as well as harm reduction supports to a diverse population within our defined geography, and acknowledges lands within the traditional territory of the Atikameksheng Anishnawbek First Nation and the Wahnapitae First Nation situated within the Robinson-Huron Treaty of 1850,

and Whereas: Réseau ACCESS Network HIV/Hepatitis Health and Social Services is a member in good standing with the OAN;

be it Resolved that the Réseau ACCESS Network HIV/Hepatitis Health and Social Services Board of Directors hereby endorses the OAN Anti-Black Racism Public Health Crisis Declaration, October 30, 2020 and strives to support outcomes and actions that may result in this public declaration.

It aims to realize the rights and responsibilities of PLHIV, including their right to self-determination & participation in decision making processes that affect their lives. It also aims to enhance the quality & effectiveness of the HIV/AIDS response.

The Early Years
While funding began March 1st, 1989, it was not until June of 1989 that Réseau ACCESS Network first opened its doors with its first location on the third floor at 174 Larch Street in Sudbury. There were only two members/patients and the organization consisted of one- and one-half employees. Today, many years later, we see an organization that has grown to meet the needs of its members/patients, all while still honouring its original philosophy of providing the community with “Acceptance, Affirmation, Assistance, Advocacy, and Accountability”.
Réseau ACCESS Network or then called ACCESS, the AIDS Committee of Sudbury was founded by Tom Reid in February of 1988, after his brother was diagnosed with AIDS. He learned of his brother’s diagnosis by watching a national News broadcast about how at the time an herbal supplement was showing great promise with the battle against HIV/AIDS. Inspired by the multitude of resources available to his brother while residing in Vancouver, Reid wanted to ensure that individuals within this community who were affected or infected with HIV/AIDS had the organizational and medical supports available to them. “After returning from Vancouver, I made some calls into what services were available to those living with HIV/AIDS in Sudbury, and found a lack of services available. I knew that I had to do something about it” said founder Tom Reid.
In the early 1990s, ACCESS, the AIDS Committee of Sudbury assisted in the creation of three important programs with an aim of enhancing services within the community.

Our connection to Sault Ste Marie
In August of 2001, a representative from then the Ontario Ministry of Health and Long-Term Care (now Ontario Ministry of Health) contacted ACCESS, the AIDS Committee of Sudbury and asked that the organization consider amalgamating with the Algoma AIDS Network situated in Sault Ste Marie. By April of 2003, an amalgamated agency serving the Algoma, Sudbury and Manitoulin districts was unveiled with the new name: “Access AIDS Network”.

The formalization of Hepatitis C services within Access AIDS Network – Sudbury
In the fall of 2000, Access AIDS Network received funding through the Public Health Agency of Canada to develop and promote educational material as it pertains to Hepatitis C. Various train-the-trainer packages were developed targeting various populations.

By 2008, the Ontario Hepatitis Nursing Program became an integral part of the services provided through Access AIDS Network. The focus of this program was to assist individuals mono-infected with Hepatitis C or those co-infected with HIV/AIDS gain access to Hepatitis C treatment.
In the spring of 2011 funding was enhanced through the Hep C Secretariat, then the Ministry of Health and Long-Term Care (now Ontario Ministry of Health), to create an HCV team in Sudbury to work with “hard to serve/reach” individuals living with, affected by, or at risk of Hepatitis C. While the nursing services continue, these also now include education, case management, community outreach, and practical assistance.

Changing the name to Réseau ACCESS Network – HIV/Hepatitis Health and Social Services, Services sociaux et de santé pour l’hépatite et vih.
In recognition of the work now being done within the organization, and the funding available to do so, members of the organization unanimously agreed the organization should change its name in order to reflect the services provided. Réseau ACCESS Network recognizes its history, its commitment to bilingualism and the French speaking community within our catchment area, and more importantly the services needed to those living with, affected by, or at risk of HIV and/or Hepatitis C. By the fall of 2011, a new logo was unveiled, and new materials were developed to promote the additional services.

Development of the Consumption and Treatment Services (CTS) site
The Community Drug Strategy for the City of Greater Sudbury undertook a study to determine the need for and the feasibility of implementing supervised consumption services in Greater Sudbury. The study was completed between April 2019 and June 2020. The study consisted of a survey with people who inject drugs (PWID), a survey of Greater Sudbury community members, focus groups with community partners and stakeholders, and secondary data analysis. Results from the survey clearly identified the need for a CTS within the City of Greater Sudbury and surrounding region.
Upon completion of the study, Réseau ACCESS Network was approached by one of the Executive members of the Community Drug Strategy (Co-Chair, Dr. Penny Sutcliffe) with a request to co-lead along with Public Health Sudbury & Districts the application process for the CTS to both the Federal (for exemption) and Provincial (for funding) Governments. Once the applications are approved, Réseau ACCESS Network would lead and be responsible for the CTS site.

Community consultation included meeting with individuals with lived/living experience as well as Indigenous and non-Indigenous led organizations to further identify additional needs/recommendations prior to the final applications. Initial application to the Federal Government was July 12th, 2021 and to the Provincial Government on August 27th, 2021. Community consultation continued during the review and site development with ongoing dialogue between Public Health, City of Greater Sudbury, STOPS and Réseau ACCESS Network.
Réseau ACCESS Network is expected to take possession of the facility from the City of Greater Sudbury in March 2022 with an opening date to follow:

located at back of building, off Medina Lane. 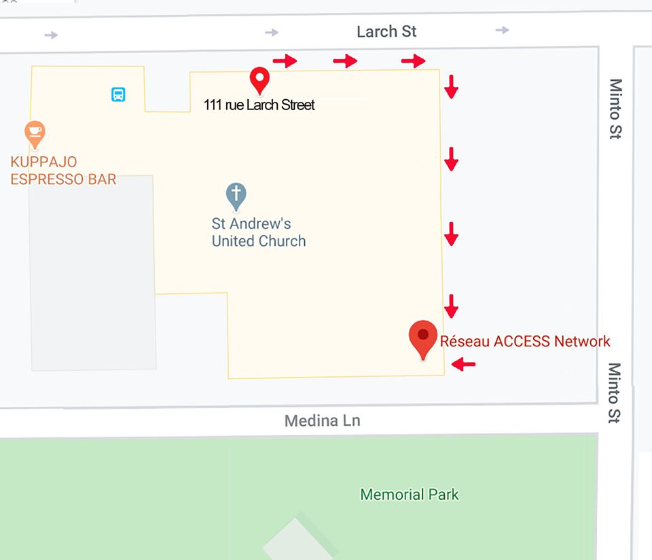 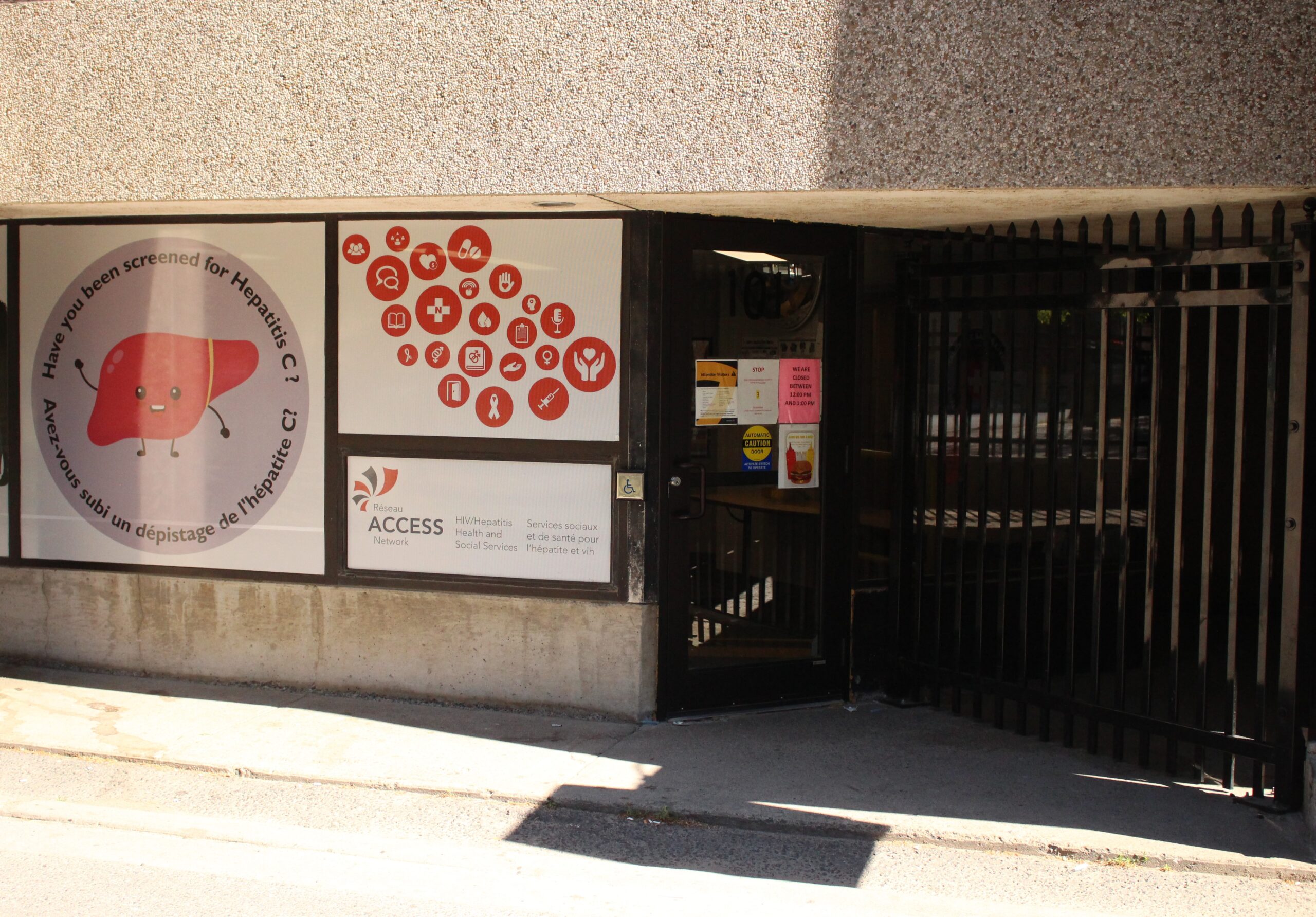